This year, the Department of Science and Technology (DOST) leads the National Science and Technology Week (NSTW) at the World Trade Center in Pasay City, together with different Local Government Units (LGUs) across the country with the theme, “Science for the People: Enabling Technology for Sustainable Development” which aims to showcase the country’s best and brightest in science, technology and innovation.

Through Proclamation No. 169 of 1993, the NSTW is celebrated every third week of July to highlight the significant contributions of science and technology to national development. 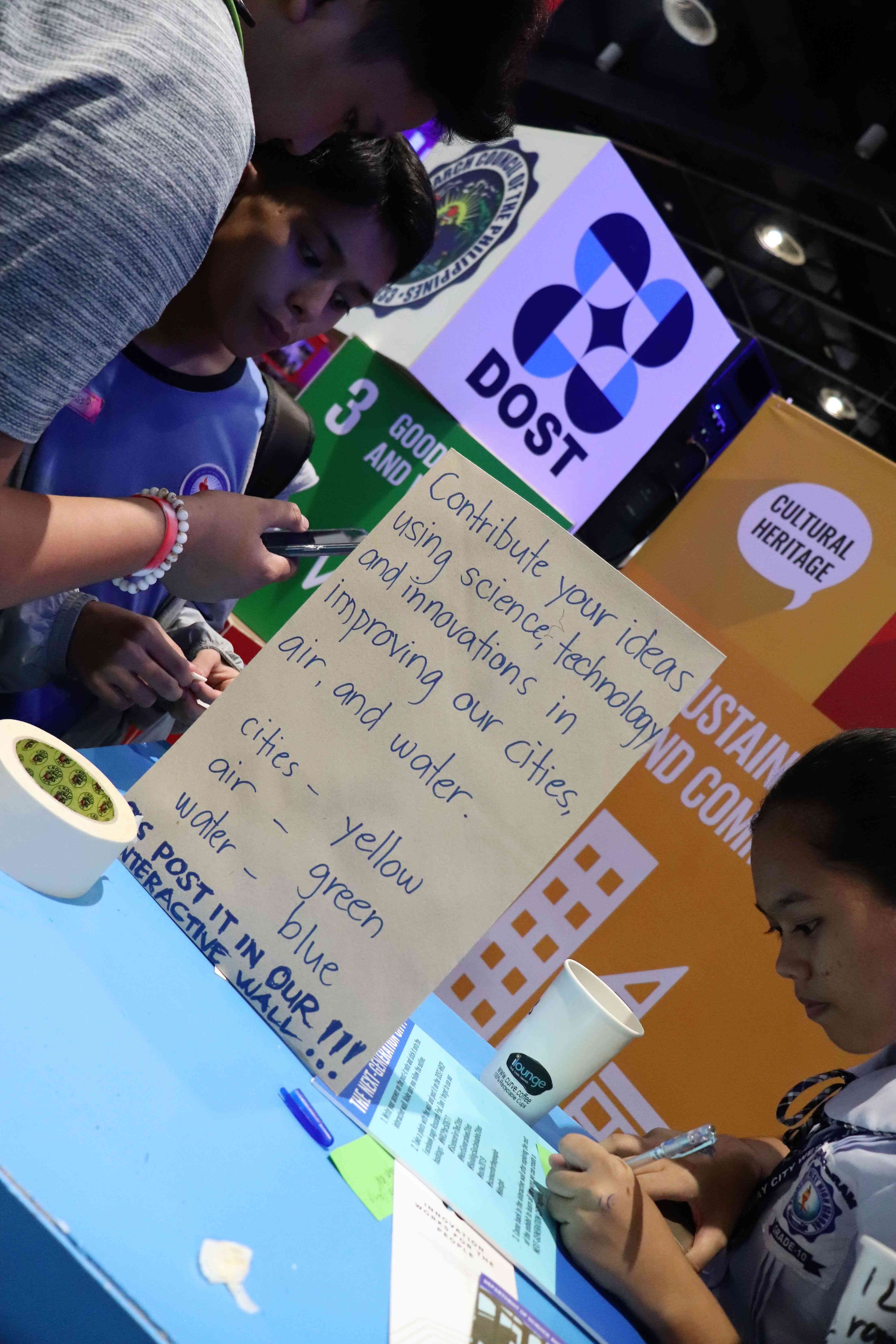 Marikina City is among the nine cities in the Philippines and the only one to represent the National Capital Region (NCR) in sustainable projects particularly its efforts to rehabilitate the Marikina River over the past years in the hopes of reviving the City’s main waterway.

Last Friday, July 19, Ponchie Santos Jr., head of Marikina City Tourism and Cultural Office and his team curated facts and images dated back from the 1980s until today to share with the teachers and students who attended the forum.

Marikina River in the ’80s

The Marikina River situation back in the 1980s was surrounded by families living in shanties. There were more than 5,000 illegal settlers from 11 barangays living around the Marikina River that had to be relocated elsewhere.

According to Ponchie, the river once smelled and seemed like a long stretch of sewerage filled with trash. People can no longer go down the river due to its condition. Residents did not believe that it was possible to clean the river and bring it back to life.

Steps Taken by the Marikina LGU

Driven with political will, the Local Government of Marikina started its rehabilitation efforts in 1993.

Colony by colony, barangay by barangay, officials from the City Hall began relocating the families living alongside the Marikina River to in-city settlement sites.

At the same time, the Marikina LGU began developing access roads to allow its very own equipment and service vehicles in the clearing operations. Concrete pathways, biking, and jogging lanes were also constructed on both sides of the river to connect communities. A local amphitheater was also built by the river.

By 1998, Marikina was squatter-free. It is also the only city in Metro Manila to have its own relocation site at that time.

He noted the importance of having concrete programs and strong political will to be successful in every public work efforts and scale these services fast for the benefit of the whole community.

Part of it is to patiently undertake census surveys, conduct series of dialogues with the affected families and get their trust by letting them understand the program of the LGU.

Various ordinances were implemented until today such as 1)  the removal of illegal structures in the riverbanks using the 96-meter easement from the centerline of the river, 2) massive planting of ornamental trees in the riverbanks, 3) strict enforcement of regulations on waste disposal particularly on the surrounding factories and residential areas, and more.

“We wanted to maintain the natural contour of the river. Carabao statues were set up to serve as an indicator of the water level in the Marikina River for those living in low-lying areas,” said Ponchie as he showed images of the Marikina River after years of continues clearing operations. 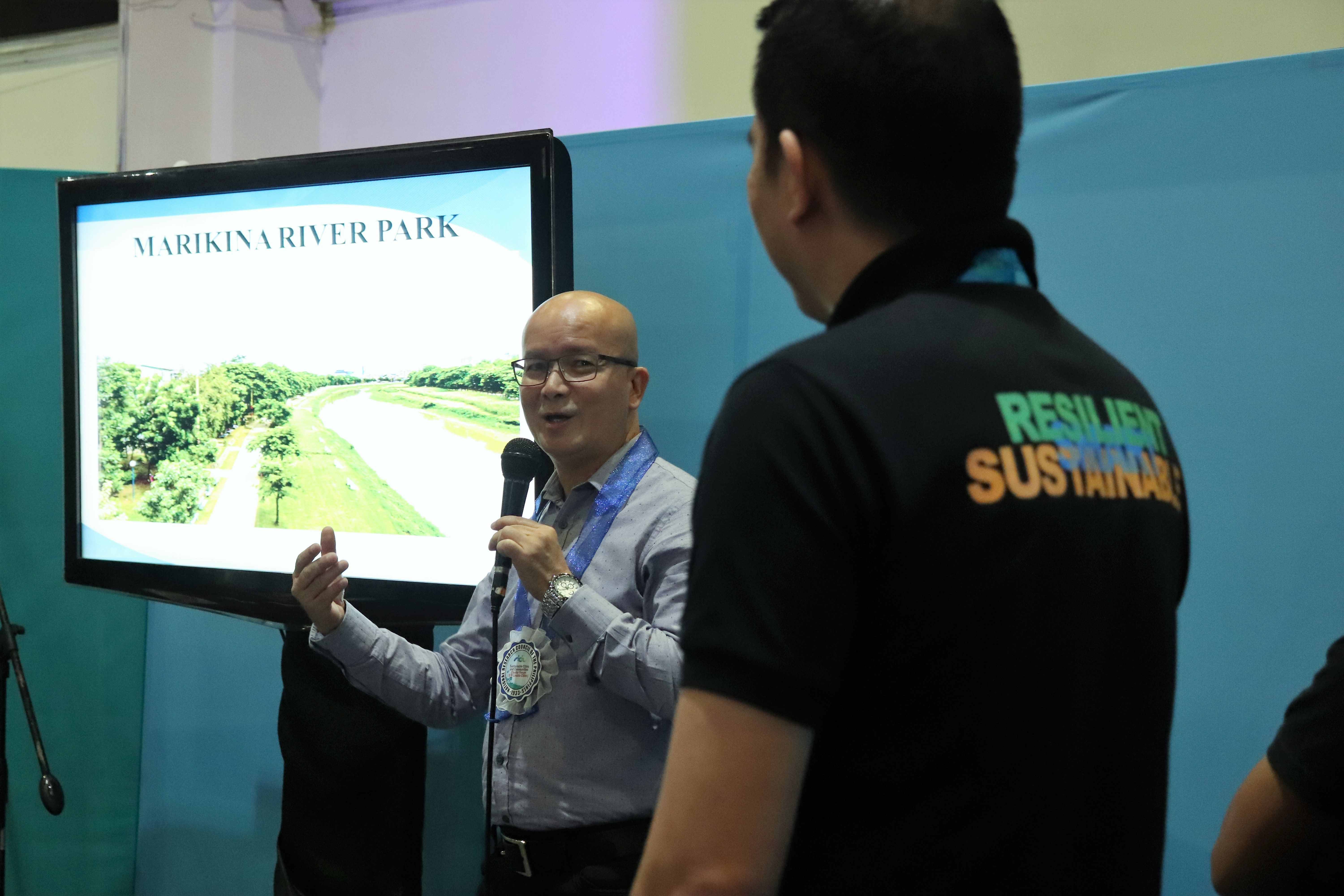 The River Park maintained its greenery as a result of careful planning. Local officials believe that plants help keep the surroundings cool and shady. The aim is to provide a garden city to Marikeños where they can savor a healthy and soothing environment.

Marikina has always been about discipline, good taste, and excellence.

The Marikina River earned 59 awards and citations for the City including Hall of Fame Award as the Cleanest Inland Body of Water in the National Capital Region and Galing Pook Award for Innovation and Excellence.

Restaurants, picnic groves, camping grounds, playgrounds, riverboats, a Roman Garden, and a gazebo are just some of the recreational amenities being offered along the River Park.

Different events were also held at the Marikina River like water sports and band concerts at the floating stage. During the Christmas season, the LGU provides small-time entrepreneurs and local shoe manufacturers the opportunity to promote and market their products at the Tiangge sa Tabing Ilog (Nightmarket at the Riverbanks).

A giant high-heeled shoe floating in the middle of the River Park is being lit every night — the main attraction to passersby along Marcos Highway Bridge and the Riverbanks Center.

Today, the Marikina City Government is active in developing various engineering solutions and regular assessment of activities in the river. Continuous landscaping of the riverside for leisure and recreation are also being undertaken together with strengthening the team behind the Marikina River Park and the quality of the equipment being used for its maintenance.

As Ponchie ends the Marikina River Rehabilitation forum, he shared that saving and rehabilitating a river is not expensive. It is not an easy task by no means but it is not impossible to do.

The quality of the river reflects people’s discipline and care for the environment. And like in Marikina, a river can unite people from all ages and races.

Mayor Marcy Teodoro along with the people under his administration believes that both local and national governments must involve the citizens in order to transform and strengthen the whole city.

Citizens feel empowered when they know that their political leader has the willingness to continue its concrete and beneficial programs for the whole city.