The Marikina City Government issued a traffic advisory for the celebration of the Metro Manila Pride March on Saturday, June 29 which will be held at the Marikina Sports Center (MSC) from 1:00 in the afternoon until 11:00 in the evening.

The Metro Manila Pride March with a localized theme, “Resist Together” seeks to amplify Pride as a protest, community, and solidarity in action. Standing together in all colors and united with a common goal to fight injustice and oppression. 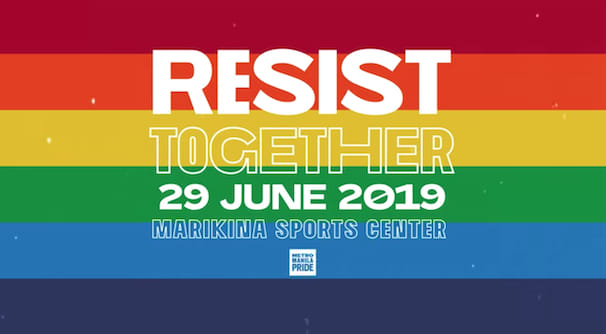 Meanwhile, the Local Government of Marikina released the route information for the Lesbian, Gay, Bisexual, Transgender and Queer (LGBTQ+) Pride March beginning outside the Marikina City Hall grounds which will also be the end destination. The parade will pass through Jacamar St. and right to Shoe Ave. all the way to Sumulong Highway then left at  J.P. Rizal St. up until V. Gomez St. and back again to Shoe Ave. 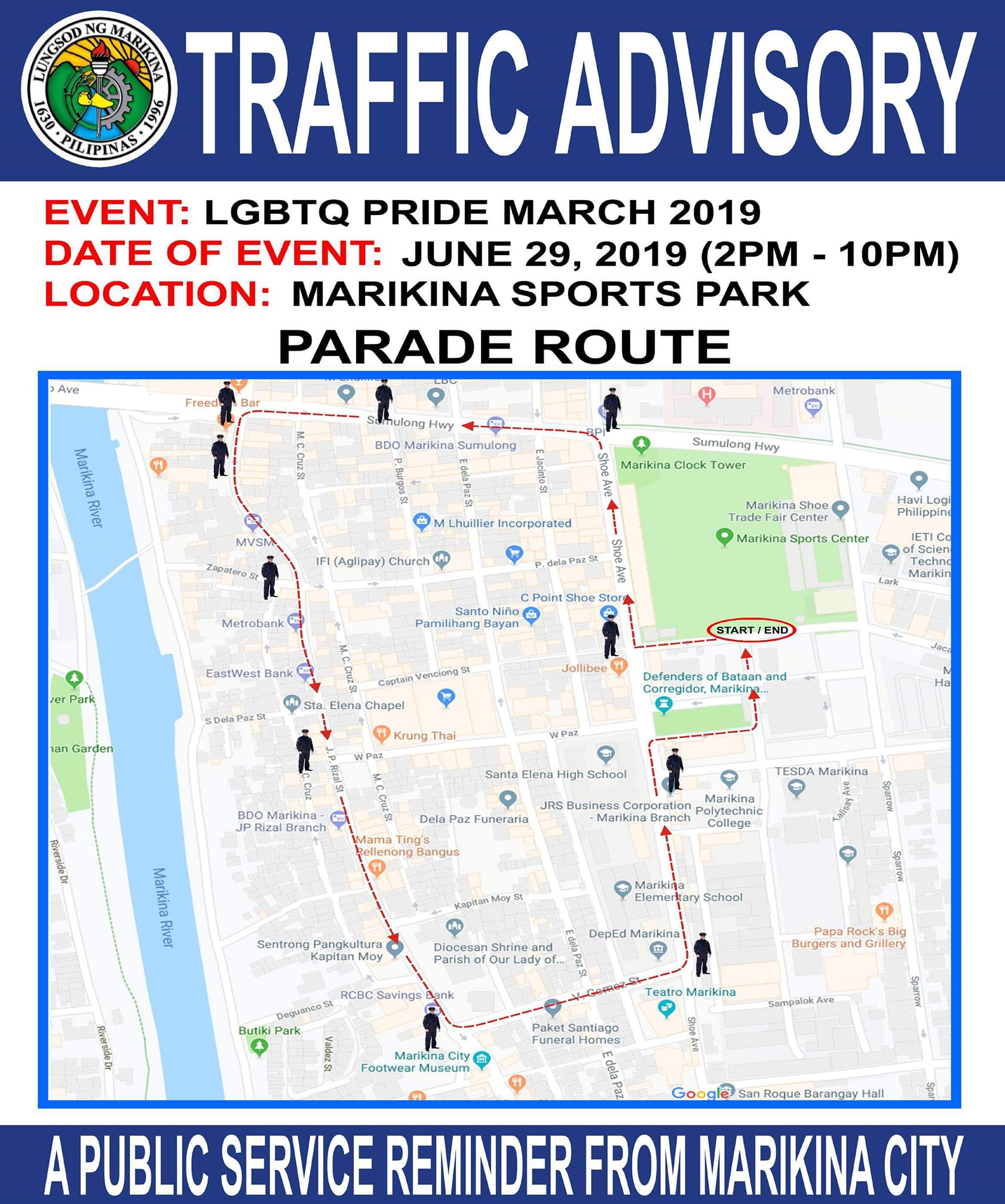 Motorists are advised to take alternate routes to reach their destination to avoid inconvenience.

The organizers expect 25,000 people to join this annual gathering of LGBTQ+ and allies to march for equality.